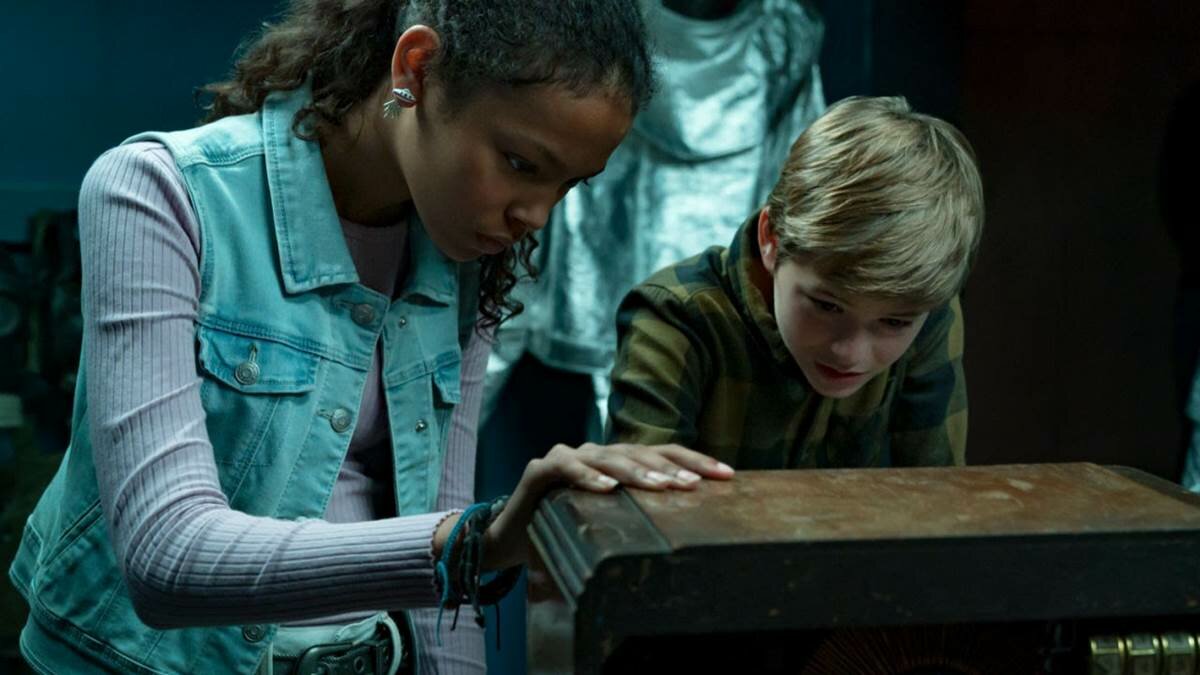 Harper goes back in time and finds her dad who takes her on a ride down memory lane.

Find Secrets of Sulphur Springs on

12-year-old Griffin Campbell and his family move to the small town of Sulphur Springs and take ownership of an abandoned hotel rumored to be haunted by the ghost of a girl who disappeared decades ago. Griffin befriends Harper, a bright-eyed, mystery-obsessed classmate and together, they uncover a secret portal that allows them to travel back in time. In the past, they’ll attempt to uncover the key to solving this unsolved mystery, a mystery that affects everyone close to them.
Started:
Usually airs on:

Users who watch Secrets of Sulphur Springs also like:

Lost in Space
Running [ Drama Action Science-Fiction ] - usually airs on on
Stranded light years from their destination, the Robinson family must come together to survive. A new drama series based on the 1960s sci-fi classic. ...
More about this show

Add this show to my filter SELECTED BY 139 USERS

Doom Patrol
Running [ Drama Action Science-Fiction ] - usually airs on on
The Doom Patrol’s members each suffered horrible accidents that gave them superhuman abilities — but also left them scarred and disfigured. Traumatized and downtrodden, the team found purpose through ...
More about this show

Add this show to my filter SELECTED BY 82 USERS

Raised by Wolves
Running [ Drama Science-Fiction ] - usually airs on on
On a mysterious planet, never inhabited by humans, but that’s in the early stages of colonization, a pair of androids are thrust into chaos when they begin raising human children. ...
More about this show

Add this show to my filter SELECTED BY 70 USERS

Lupin
Running [ Drama Adventure Mystery ] - usually airs on on
As a teenager, Assane Diop's life was turned upside down when his father died after being accused of a crime he didn't commit. 25 years later, Assane will use "Arsène Lupin, Gentleman Burglar" as his ...
More about this show

Add this show to my filter SELECTED BY 22 USERS
‹ ›