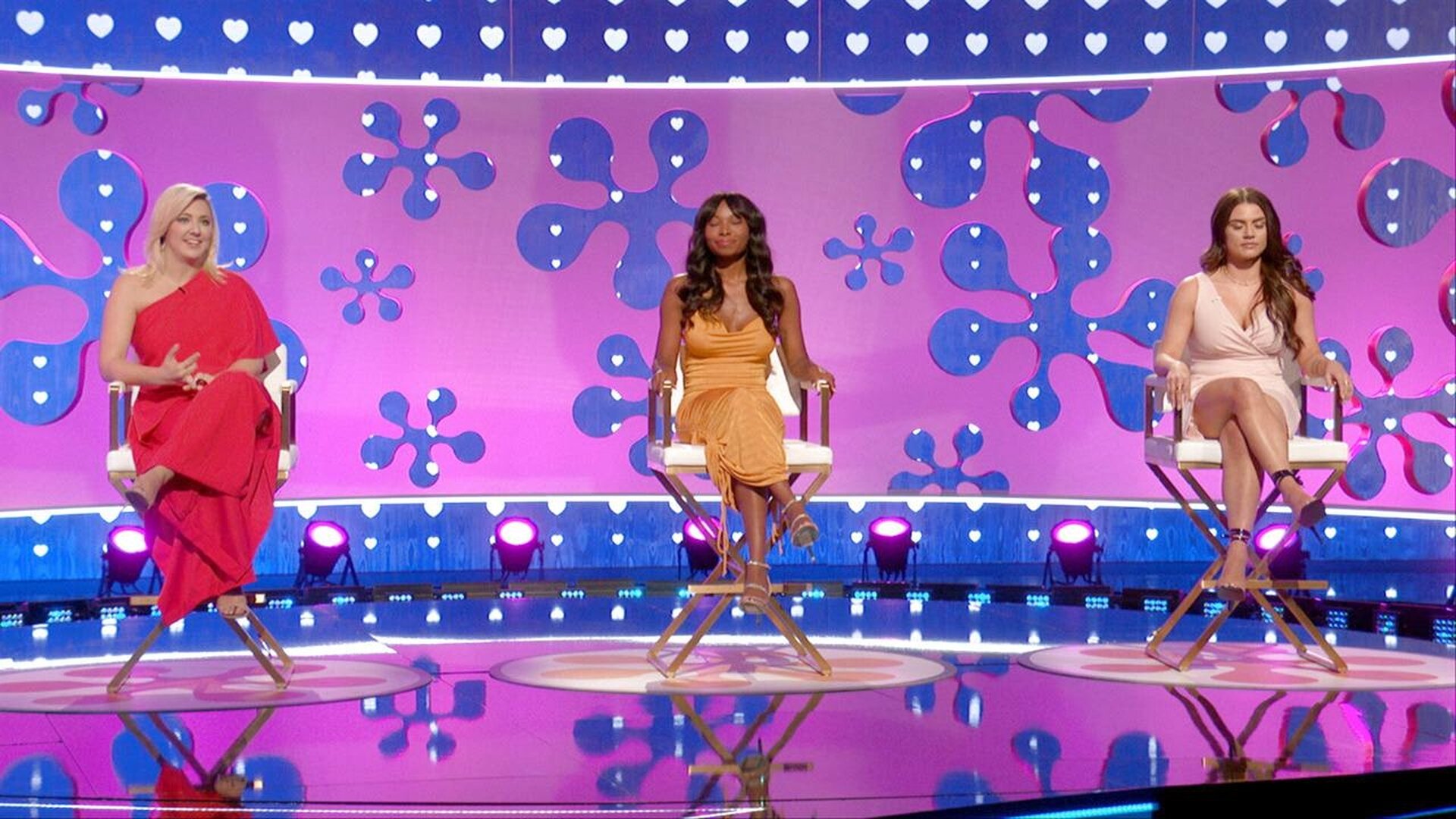 'Saturday Night Live' star Chris Kattan asks the women what they would bring to a deserted island to WOW him while Michael Bolton performs a hysterical version of 'How Am I Supposed to Live Without You.' Meanwhile, comedian Margaret Cho from 'Drop Dead Diva' explains she is looking for someone open-minded and is interested in a soul connection whether that may be with a man or woman. Cho asks contestants what is something they wish they cared less about, and Michael Bolton sings 'Someone You Loved' to help the contestants guess her identity.

Find The Celebrity Dating Game on

Hosted by actress and singer-songwriter Zooey Deschanel and multiple GRAMMY®-winning singer-songwriter Michael Bolton, “The Celebrity Dating Game” offers a wry wink at modern dating with a star-studded roster of celebrity singles from television, music, comedy, reality TV and feature film in their pursuit to find love.
Offering the same iconic feel as the original classic dating show, each episode follows two celebrities who each pick one lucky suitor from a hidden panel of three bachelors and/or bachelorettes based on answers to a variety of questions. But there’s a twist! The celebrity identities will remain a mystery to their suitors, who are given clues via hilarious parody song performances by host Michael Bolton.

Users who watch The Celebrity Dating Game also like: